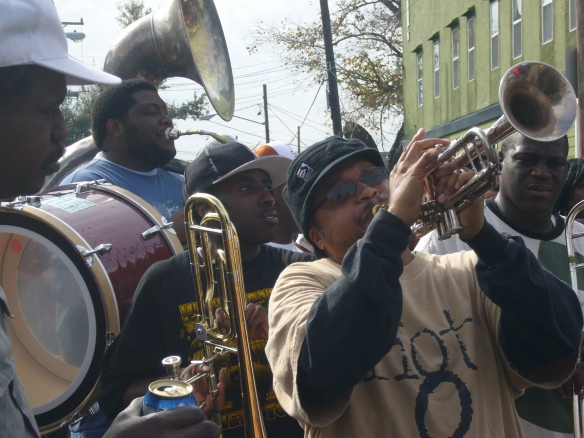 Raymond Williams plays trumpet with the Hot 8 Brass Band. He joined the band in 2001 after many years with Blue Note Records. Raymond attended the Hartt School of Music in Connecticut, where he honed his writing and arranging skills. His compositions, such as “Dr. Rackle (The Fine Tuner),” available on the CD The Life & Times Of, often feature intricate, bebop-like melodies, and he often extends these characteristics to his full-band arrangements. At the same time, his arrangements channel the energy and live-performance qualities of neighborhood second line parades.